Bruce Fuller, a sociologist, delves into how families, civic activists, and policy makers lift the learning and well-being of children. He often focuses on the growth of young children, including the tension between large institutions and the varying ideals of child rearing pressed by diverse parents. Fuller's earlier book, Standardized Childhood, reports on the four-century old debate over how to nurture and teach young children in modernizing societies. He explores whether one regimented form of early education speaks to parents and kids in pluralist societies.

His book, Organizing Locally, examines why many big institutions are decentralizing control out to local shops -- from charter schools to clinic-based health care to aid for military veterans. Fuller details good news and bad news that emerges from localizing human services. He is finishing-up a sequel of sorts, a book that explores the past century of civic activism in Los Angeles, and how a colorful array of "new pluralists" have advanced potent reforms to raise student achievement.

A new book -- When Schools Work-- asks why student achievement climbed for nearly two decades in Los Angeles, and how a colorful pastiche of civic activists powered a variety of institutional reforms to lift children's learning. The rise of cultural and political pluralism sparked a variety of reform initiatives. This volume, built from a decade of empirical work in L.A. with graduate students, will be out fall, 2021, from Johns Hopkins University Press.

Fuller has moved inside Latino families, their preschools and public schools, to understand cultural conflicts that arise between colorful communities and the centralizing institutions that mark modern societies. He studies the cultural assets of Latino families, and how child rearing practices at times depart from dominant forms. His project with Prof. Claudia Galindo, Latino Contexts and Early Development, examines the segregated schools that many young children enter, and how integration with middle-class peers helps lift educational attainment. His research often assesses the effects of formal interventions, including preschool, and efforts to equalize school resources in order to narrow achievement gaps.

Fuller teaches in education policy and the sociology of organizations. He co-teaches with Prof. Baquedano Lopez the first-year seminar for Ph.D. students. A California native, he previously served as education advisor to the California legislature, then for an eccentric governor. Following graduate school at Stanford University, he worked as a research sociologist at the World Bank, then taught comparative policy at Harvard University, before returning to the Bay Area.

Social organization of families and schools

We conduct research that informs fellow scholars and policy thinkers, from practitioners and grassroots activists to government officials. Many of these studies occur under the Berkeley Think Tank for Early Childhood, including these research briefs --

Financing Early Care and Education in California -- Lays out revenue options and strategies for how California might build a firm financing structure.

Equalizing Children's Access to Early Education -- Reviews the geographic distribution of full and part-day kindergarten programs, asking where are new facilities most needed across California.

Brief 1. Which Communities Benefit from Gains in Supply? October 2014
A first look at differing growth rates in pre-k supply across the city’s diverse neighborhoods, based on preliminary data early in year 1 of the mayor’s initiative. Includes maps showing the distribution of growth tied to the city’s initiative.

Brief 2. Lifting Poor Children or Middling Families? March 2015
A wider analysis of all licensed preschool centers across the city, revealing a somewhat regressive distribution of supply. Includes a survey of pre-k programs not funded under the mayor’s program, revealing significant migration of children, tempering claims of increased access.

Brief 3. Failing to Count Children Entering Catholic, Charter, and Jewish Schools, New York May Fall Short of Universal Pre-K. April 2015
Detailing how the city is under counting 4 year-old children eligible for the mayor's program, suggesting that universal access will not be achieved in the 2015-16 school year. This disadvantages low-income families as they compete with better-heeled parents for rationed pre-k seats.

Brief 4. Almost 19,000 Children Remain Outside Any Public Preschool, Newly Released Data Reveal
Mayor de Blasio has expanded pre-k seats in many low-income neighborhoods. But data released by the city – resulting from the university’s freedom-of-information petition – show that nearly 19,000 four year-olds in poor and working-class neighborhoods remain outside any city-run preschool program. The mayor’s focus on his own initiative has led to falling enrollments in existing child-care and pre-k centers, rather than extending access to additional families. 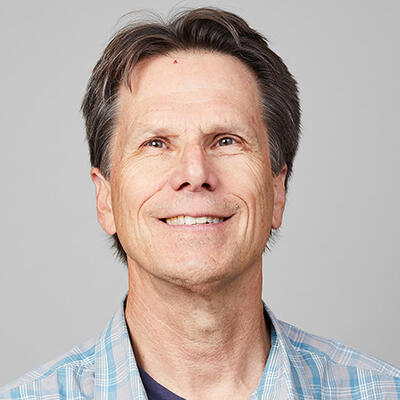