Guy Benveniste joined the GSE faculty in 1968 and wrote books about bureaucracy and the politics of expertise. He had an unconventional academic career, having served previously, in government and international organizations including UNESCO. For example, in 1962, he spent time in Kabul arranging for the first World Bank loan to Afghanistan, a loan for vocational education. A native of Paris, France, he published his memoir which is available on Amazon under the title: "From Paris to Berkeley". 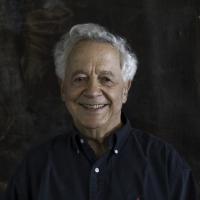