Kevin Quintero (He/Him/His) is a PhD student in the Policy, Politics, and Leadership cluster at UC Berkeley’s Graduate School of Education. Kevin’s research interests are using methodological and theoretical approaches to reveal the causes of political, social, and educational inequalities. His current research is focused on the politics of suburban education and analyzing the changing demographics of suburban communities and its impact on the electorate of American politics.

Kevin earned his BA from the University of California, Berkeley with majors in Political Science and American Studies, where he focused on assessing the link between politics and policies within the education system and its effect on students. His senior thesis, “Shopping for Students: The Marketization of the Public Education System," explores the education policy No Child Left Behind (NCLB) and its contribution to the segregation of Latinx and White students in the Fallbrook Union High School District (FUHSD) in California. His research highlights how school choice policies rooted in NCLB allowed White families to transfer out of Fallbrook High School (FHS), essentially forming a process of segregation that turned FHS into a predominantly majority-minority school. Kevin’s findings prevail the disproportionate rate at which White affluent families engage with school choice and transfer to higher-performing schools as opposed to that of their Latinx counterparts, who do not engage with school choice.

Kevin is from Fallbrook, Calif., a small rural town in the North County of San Diego. He is the son of two immigrant parents and the first in his family to attend a four-year university and graduate school. In his spare time, Kevin enjoys mentoring and outreaching to students interested in college, and loves drinking boba. 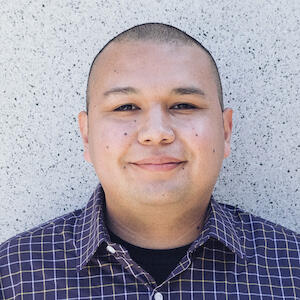