Education, Ideology, and Violence in the Era of COVID and Black Lives Matter

Although the meaning of, role, and distinction between ideology and violence have been contested in social theory, the COVID and Black Lives Matter era has put them front and center. Specifically, with the rise of police violence that has resulted in the disproportionate and fatal shootings of young black men, violence toward black people increases Americans’ attention to institutionalized anti-black racism. Even more worrisome is the state’s role in sanctioning said violence through its police force. Some of the discussion around anti-black violence turns its gaze toward another state institution, that is, the public schools’ relationship with racial ideology and violence toward blacks. In this moment, it is worth revisiting the ideas of the Marxist theorist, Louis Althusser, whose distinctions between the ideological state apparatus (or ISA) and repressive state apparatus (RSA) become relevant again.

Althusser was concerned with two issues. He was interested in the reproduction of the social relations necessary for capitalist production, which then necessitates a theory of culture (qua ideology). To Althusser, this marks the school as one of the most important ISAs as part of a longer list of ISAs like the family, church, and later, the media. This means that the educational ISA conducts its business primarily through ideology, of making subjects of schools (e.g., students) for the purposes of making subjects of the capitalist division of labor. In this process, schools only use force (understood by Althusser as physical violence, or at least the threat of it) secondarily if the ideological process of hailing students to accept their role fails. This does not mean that ideology does not become a force in its own right. But it is not a material force and relies on its euphemized version through the inculcation of values and winning the acceptance of its subjects. In this sense, Althusser shares something analytically with Gramsci’s (1971) theory of consent, but whereas the latter was a theorist of civil society, the former had his Marxist eye on the state (ergo the "S" in ISA/RSA).

Second and by contrast, RSAs like the military or police, use physical force as their primary function. The RSA is not completely devoid of ideology or an educative dimension, as all workers in the RSA have to study in the police academy or go through military training by learning the chain of command and tactics. But the RSA’s primary reason for existing is to use physical force or its threat, to quell uprisings, sometimes violent sometimes not, or maintain order even if it has to resort to violence. To put it another way, by the time the RSA institutions go into action as it were, ideological conditioning is understood to have failed and therefore force is needed to reassert the state’s monopoly over the legitimate use of violence, as Weber (1978) once wrote. So Althusser saw the capitalist state as bifurcated into two apparatuses – one set primarily existing through ideology, the other through violence. So far so good, that is, until race enters the discussion (see Leonardo, 2005).

Ruiz, Lana, and Greene (2018) argue that when it concerns the colonial predicament, Althusser’s model has it wrong or even upside down. Now of course, these are fighting words for Althusser who prided himself with having found an "epistemological break” in Marx’s writing, turning away from humanism and toward science. The epistemological break was Althusser’s phrase – borrowed from his mentor Bachelard who coined "epistemological rupture" - to update Marx’s concept of the "camera obscura," or seeing the social world upside down like the wrong-headed idealist philosopher, Hegel. But in Ruiz, Lana, and Greens’ analysis, ISAs like schools function more like RSAs because students of color experience schools as violent to their culture, epistemologies, or sense of self. The authors argue that schools are analogs to prisons for these students, the prison’s practice of enclosure being the model for the school’s practices, not unlike Foucault (1977) argues in Discipline and Punish.

While this may be true, existentially and culturally speaking, it does not refute Althusser’s model at the analytical level. The violence Ruiz, Lana, and Greene describe is closer to the dynamic described by Fanon (2008), which began psychically in Black Skin, White Masks, then reconsidered physically in The Wretched of the Earth (2005) during decolonization in order to cleanse society and reinstitute what Fanon called the "actional man" [sic]. But as far as how schools function, including for students of color, ideology is the favored framework, which does not contradict the idea that schooling violates their sense of humanity. But it is not physical violence like one finds in the RSA per Althusser, just as it would difficult to claim that RSAs are ideological in nature because they must also create subjects. It makes sense to assert that schools are violent in the general and racialized sense (Leonardo and Porter, 2010), but not in the analytically specific way within the Althusserian framework, which holds up under scrutiny. Indeed, schools are violent to the very being of people of color, but this is accomplished ideologically by transforming them into sub-persons, or what I (2015) call sub-students. Schooling may involve forcefulness, coerciveness, and violence, but they are not repressive like the RSA but instead productive like the ISA whose destiny is to produce subjects for the racialized nation state. By contrast, the potential and deadly outcome of the RSA is to de-subjectify blacks, before and after George Floyd. After all, Floyd was not killed by ideology.

To conclude, students of color may experience schools as coercive but as an apparatus of the racialized nation state, education remains primarily ideological and secondarily violent, confirming Althusser’s original thesis. If this remains an accurate understanding of schools, it suggests that a corrective to the reproduction of racial stratification implicates ideological change in the educational ISA. It means that a counter-strategy or counter-interpellation necessitates shifting educators’ current regime of racial understanding from one of eraducation to education. 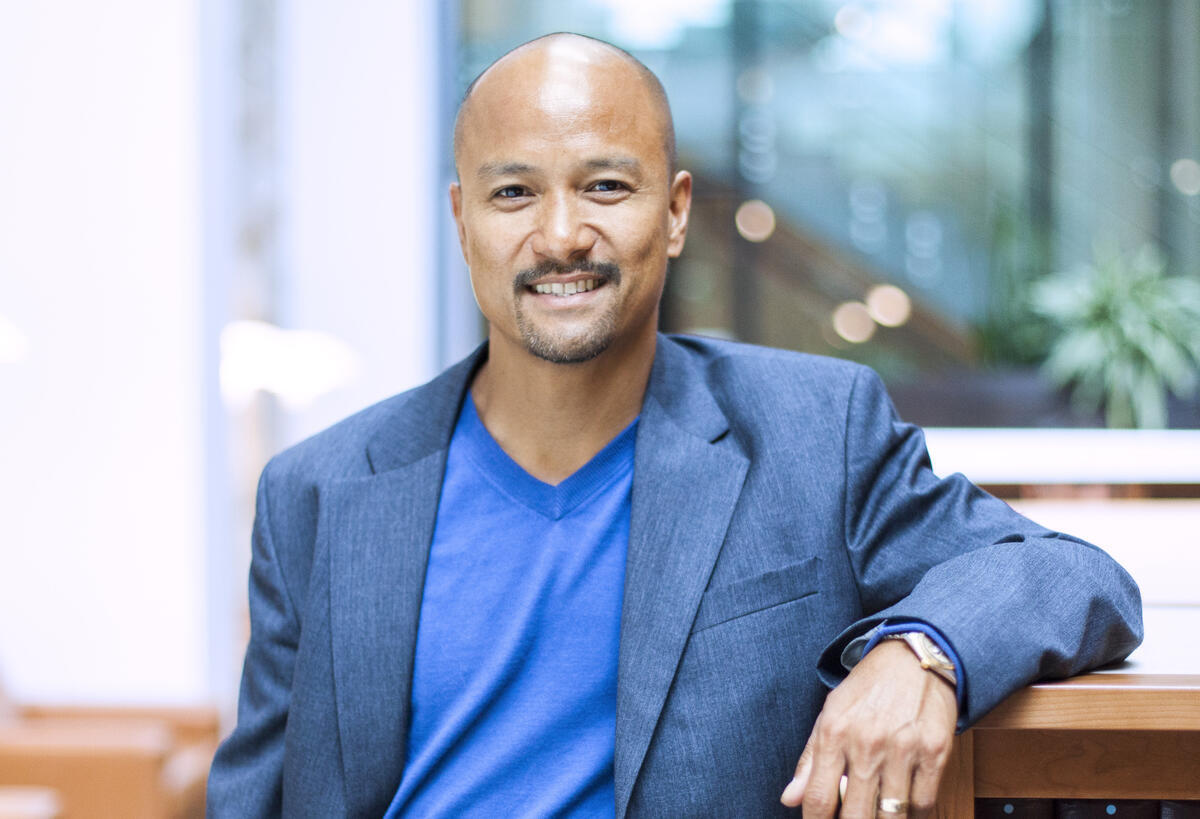 Professor Leonardo's current research interests involve the study of ideologies and discourses in education with respect to structural relations of power. Much of his work is interdisciplinary and draws insights from sociology, contemporary philosophy, and cultural studies. In particular, he engages critical theories to inform his analysis of the relationship between schooling and social relations, such as race, class, culture, and gender. His research is informed by the premise that educational knowledge should promote the democratization of schools and society. Read more about Zeus Leonardo.