GSE alumna Jean Yonemura Wing '98 MA, '02 PhD, who served as Executive Director of Research, Assessment and Data in the Oakland Unified School District for 16 years, and was a member of the OUSD-UC Berkeley Research-Practice Partnership steering committee, passed away March 29, 2021, at the age of 70. Although employed by the Oakland Unified School District, her commitment to educational equity and social justice knew no bounds. She co-edited Unfinished business: closing the racial achievement gap in our schools (Jossey-Bass, 2006) with Pedro A. Noguera; worked with the Rev. Jesse Jackson to help found the Rainbow Push Coalition along with her husband Butch; and volunteered at KingMakers of Oakland, and the African American Male Achievement Initiative. 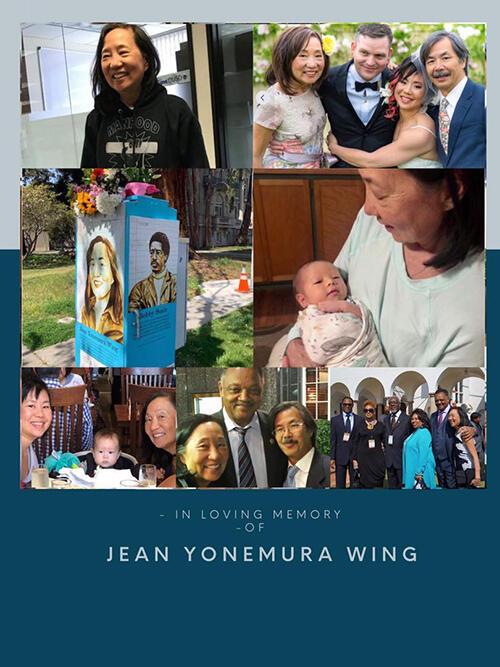 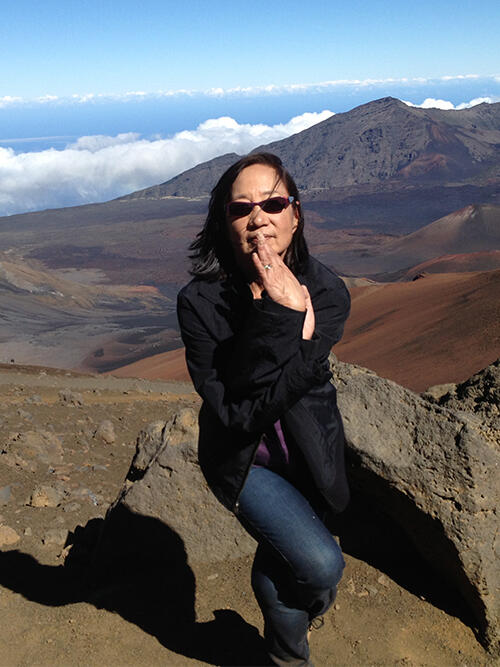 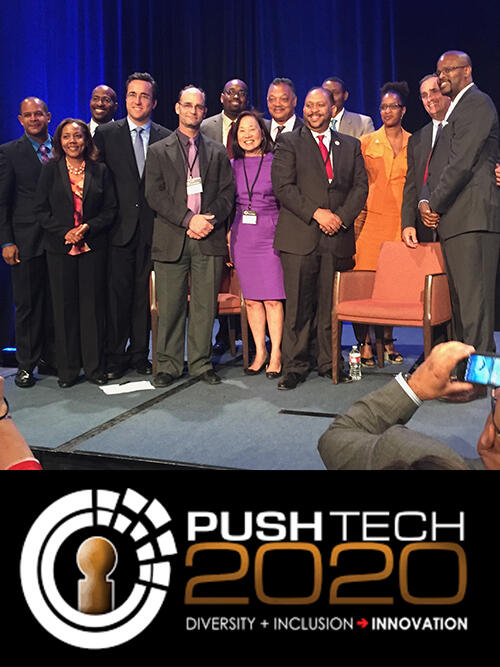 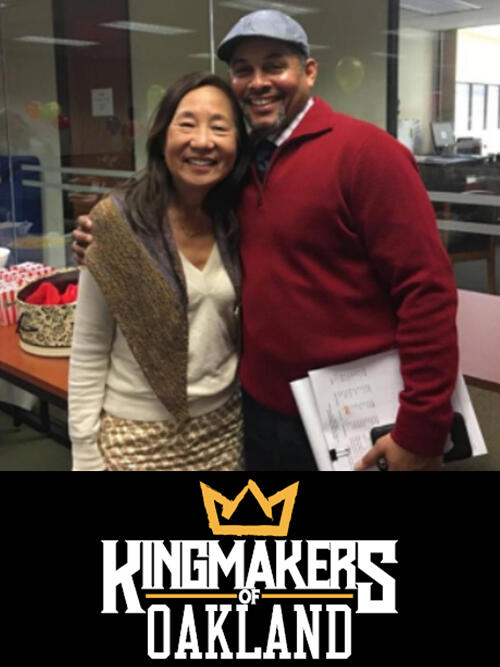 In an age of rhetoric, Jean Yonemura Wing was both a thinker and doer -- a perfect blend of brilliant researcher and amazingly impactful practitioner. Her quiet dignity grounded fierce advocacy for educational equity and social justice. She led from the center inspiring so many others to follow her lead and become leaders also.

Jean’s passion for justice informed every aspect of her life. Her curiosity and constant inquiry made the data she produced both dynamic and actionable. Her work strengthened my leadership. I know Jean’s work improved many lives and her contributions will have a lasting impact in Oakland and beyond. 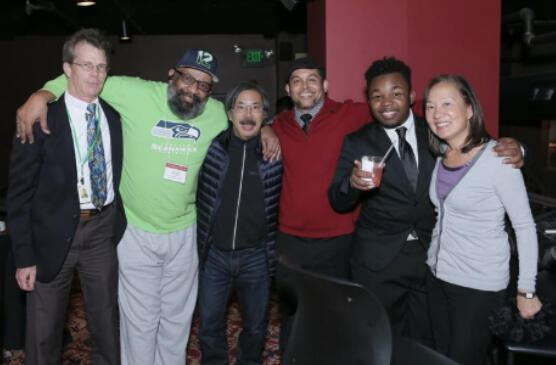 Often no warning comes before a light is extinguished. Jean Wing was a bright light in our community. She exemplified the type of researcher-scholar of whom I imagine growing a larger population around the nation as we seek to reimagine schooling and produce educational equity in schools and districts.

As dean, I could not have developed one of my main initiatives, a formal Research-Practice-Partnership with Oakland Unified, without Jean's deep commitment and dedication. It was such a pleasure working with her!  In this work, she blended her love and regard for two organizations that meant much to her -- UC Berkeley GSE (her MA and PhD alma mater) and OUSD.

I extend my deepest condolences to her family.  May her memory be a blessing to all whose lives she touched.  Rest in power, Jean. 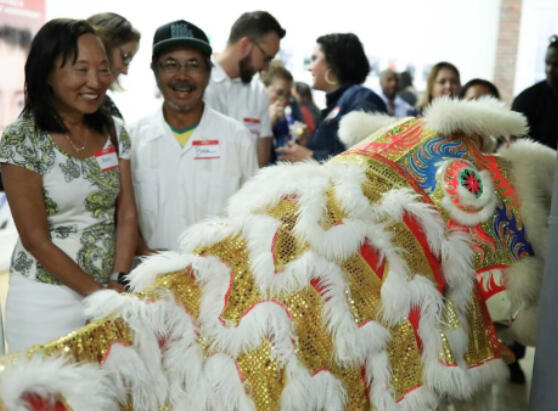 I had the pleasure of collaborating with Jean when she was a graduate student, and during her years in Oakland. Her calm intelligence, command of the facts, and deep commitment were constant. She will be missed.

I had only limited interactions with Jean. But in every one, I could see her commitment to the children of Oakland, and her focus on them. We need more people like her. 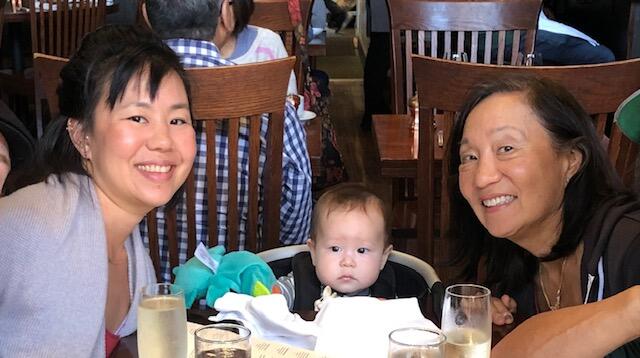 I first met Jean through the Diversity Project, while she was getting her PhD. She interviewed me a number of times regarding my work as a teacher leader in the Computer Academy, a very successful California Partnership Academy program within Berkeley High, which then served about 90% African American students.

As part of the Equity Project, Jean played a key role in presenting equity data to the teachers of Berkeley High. For the first time they could see the data and reflect on it – why were kids from southwest Berkeley, who were overwhelming kids of color, getting so many Ds and Fs, while kids from the Oakland Hills were monopolizing the As and Bs? Those data reflection events, and the subsequent discussions of that data, gave impetus to the demands of Parents of Children of African Descent, and made the school board agree to support the development of small schools at Berkeley High. When we became a small school, the Community Partnerships Academy, Jean joined our Advisory Board, and was a staunch member for decades, including while leading data work in OUSD.

I invited Jean to present to EdD students while I was teaching in LEEP at UCB. Her presentation described how the district supported a city-wide project (in which Y-Plan was also involved), mapping the food deserts and liquor stores in Oakland. Students from all the various high schools surveyed their neighborhoods and added their data to district-provided maps that included demographic and socioeconomic data which the students could then analyze.

Of course the project required district support at many levels, not just the data work her department provided. For the aspiring district leaders with whom I was working, it really exemplified the role district leaders can play in setting the conditions, providing the resources, and really partnering with teachers to successfully engage students in critical analysis of their social & economic reality.

It also exemplified Jean’s leadership – she worked quietly and often behind the scenes, but with such wisdom, vision and clear convictions, she was able to impact whatever she touched. She was an untiring equity advocate, a true scholar practitioner, wise, caring, dearly beloved and will be sorely missed.

Long before I met Jean, which was only in August of 2019, I had heard so much about her as the courageous and visionary leader of the research office at Oakland Unified School District. From the very first time I met Jean, every single interaction I had with her never failed to confirm this reputation that preceded her.

I got to spend one day a week in Jean’s department—Research, Assessment and Data (RAD)—between November 2019 and March 2020. Jean was pivotal to both introducing me to the district’s leadership and helping me get acquainted with the district to build up the Research-Practice Partnership. Without her guidance and prioritization of the potential collaboration topics in OUSD, the partnership work would have been so much more challenging to launch.

On many occasions when I was at RAD, Jean took the initiative to walk me around the district offices to introduce me to the central office staff members. She explained what a research-practice partnership is in easily understandable language to others, and my role in building up the relationship. These introductions not only helped me get established in the district but also offered me a glimpse into how much respect and admiration Jean commanded in the district.

In many meetings, she shared engaging stories about the equity-driven work happening in various parts of the district. I quickly learned that story-telling was an important tool in Jean’s toolbox of collaboration and leadership. Correspondingly, Jean cared deeply about research as capturing others' stories through interviews. Along with her deep commitment to qualitative research, Jean strengthened the data-reporting work in the district through her leadership of RAD, leading to widespread and ready access to data throughout the district.

One of the days I was at RAD happened to coincide with a birthday outing for Jean and another staff member. The whole office and I walked over to a nearby Cambodian restaurant where we enjoyed great food and company. It was at that outing, I—and most others at RAD—learned that Jean was celebrating her 70th birthday. All of our jaws dropped. We all had a challenging time reconciling Jean's youthful energy, humor, and fortitude with her chronological age.

Jean's vitality and commitment to equity led me to believe that she would be an enduring partner in the collaboration between OUSD and UC Berkeley. So, when she let me know that she would be retiring at the end of the 2019-20 school year, I was so disappointed that I wouldn't have enough time to work with her and learn from her. Little did I know that my time with her was going to be cut short in another, devastating and unexpected way. I will miss her dearly.