Researching to better understand the sophisticated language and literacy practices that Latinx young people deploy and develop across educational contexts.

Meeting students where they are. Being creative with differentiated curriculum. These instructional concepts have been researched for decades as ways to improve equity in schools, increase student engagement, and ultimately boost academic outcomes.

While implementation varies, it is common to hear educators discussing best practices in these terms. Debates continue, however, when it comes to the literacy education of emergent bilingual students.

Professor Cati V. de los Ríos, who joined the GSE faculty July 1, points out that the education of bi/mutilingual students has for too long undervalued students’ home language as the primary pedagogical tool for learning English, and measured students’ proficiency through language assessments that define legitimate English competence in highly narrow terms.

“We talk about English language arts classrooms as English being this bounded, discrete subject that is just universally taught across all contexts and young people. If you look closely at California's classrooms, they're actually multilingual classrooms, and nearly every English classroom is a multilingual space,” de los Ríos said.

“In California, 42% of students enrolled in California’s public schools come from a home where another language is spoken other than English. How powerful would English classrooms be if they were slightly more inclusive to some of these students’ other language practices?”

de los Ríos’s research takes a deep dive into that question, using ethnographic, participatory, and community-based methodologies to explore California teachers’ creative translanguaging pedagogies as well as to better understand the sophisticated language and literacy practices that Latinx young people (primarily those of Mexican and Central American-origin) deploy and develop across educational contexts.

Emergent bilingual students continue to be some of the most studied youth populations in the field of educational research over the last 40 years, some of it groundbreaking, but there is scant research about their literate, translingual, and multimodal lives, de los Rios noted.

“We still don’t know enough about Latinx young people’s cultural life worlds, their everyday lived civic practices with their families and friends, their transnational and translingual popular culture practices, and the ways in which reading, writing, and languaging is employed there,” she said. “My research is about extending some of that literature, and highlighting young people’s critical and creative literacies through their everyday translanguaging practices.”

She points to students who are talented musicians across regional Mexican music, specifically in the genre of corridos, the narrative song and poetry in a ballad that dates back to the early 1800s as a form of oral history, homage to a beloved deceased family member, and in some cases, political resistance. Corridos made a resurgence in the late 1900s as topics of immigration, drug trafficking, and migrant labor made news headlines.

Today, there’s a distinct and unique popular cultural movement led by listeners and practitioners of this genre but marked with an urban U.S. twist. Young people are now writing corridos about their favorite rappers such as the late Nipsey Hussle; mourning the death of basketball player Kobe Bryant; critiquing Immigration and Customs Enforcement (ICE) presence in their communities; and expressing solidarity with Black Lives Matter.

“The corrido is a literary device in and of itself that allows young people to fully express their transnational childhoods, their multilingual lives, their interests, their concerns and their worries,” de los Ríos said.

“It's been something that's been beautifully appropriated by younger generations to make sense of their racialized lives. But they're doing it while still holding that steadfast fidelity to the original purpose and conventions of this type of written ballad.”

The readers, writers and performers of corridos in her research are often students whose robust skillsets and literacy and language practices are too often misunderstood or ignored in school because they are deployed in Spanish. Some of these young people are often labeled “English learners” or “long-term English learners.” These labels often shape how young people are viewed in school, yet they regularly decode corridos in powerful ways, drawing on rhetorical devices such as allegory, hyperbole, and metaphor to critically read their favorite songs and their greater social and political worlds.

“When teachers take up a translanguaging pedagogy* in classrooms, which sees bi/multilingual students' full linguistic and semiotic repertoire as the most valuable resource for learning, teachers can make space for students’ bilingual ways of knowing; mobilize their bilingualism as they engage with complex texts across content areas; help them to develop linguistic practices for academic contexts; and ultimately honor their literary and linguistic gifts,” de los Ríos said.

One youth with whom she’s worked with for a long time composed a corrido about "el basurero" / "the trash man" and performed it with his band, "Los Auténticos de Pomona." The corrido makes meaning of an honorable and working-class profession in the life of a young person. The group’s button accordionist entered sanitation services soon after graduating high school but was heavily teased for it by his peers.

“With powerful cadence, rhetorical moves, and rhyme, the corrido presents a counter story of pride, triumph, and how "el basurero" has provided a dignified means for economic stability for his immigrant family,” de los Ríos said.

“The field of education is in dire need of more nuanced understandings of the literate lives of emergent bilinguals/English learners and how they skillfully communicate and translanguage across modalities. This is, in part, what it means to meet students where they’re at.”

Listen to the corrido "El Basurero" 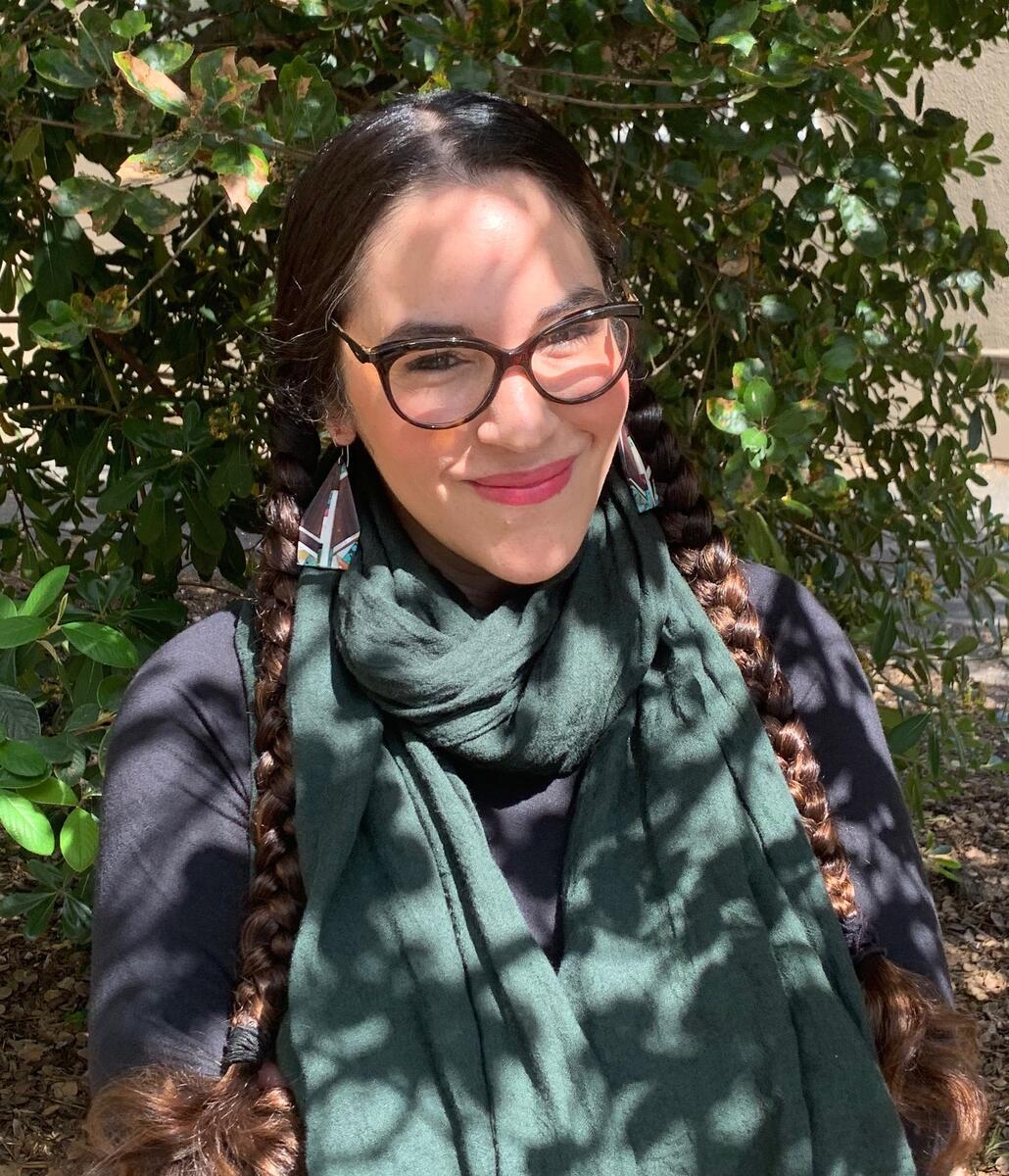 She comes from a family of educators, dating back to her great-grandmother, who was a normalista (literacy teacher) in the rural highlands of Chihuahua, Mexico. Her grandmother was also a normalista, while her mother was a bilingual teacher for migrant farmworker children in California.