Professor Geoffrey Saxe, who studies cognitive development with a focus on mathematical cognition, has retired after 21 years at the Graduate School of Education.

Saxe has a long history with UC Berkeley, starting with earning his bachelor’s and doctorate degrees in Psychology in 1970 and 1975, respectively. He returned to the GSE as a full professor in 1997 after a postdoc in brain-behavior relations at Harvard University and then appointments as assistant, associate, and full 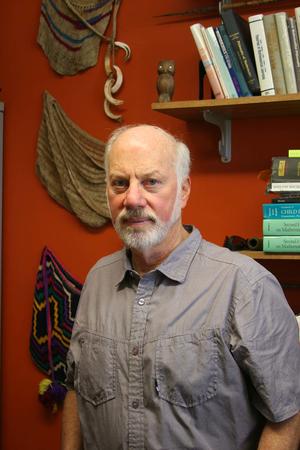 professor at the Graduate Center/City University of New York and later at UCLA.

“I am grateful for the opportunity to serve as a GSE faculty member,” Saxe said. “Wonderful colleagues and extraordinary graduate students have provided me a productive and fulfilling period of ideas and research. It's especially rewarding to follow the careers and lives of my former students, and I find it difficult to leave my role as an instructor and mentor.”

He will continue as Professor of the Graduate School, advising his remaining doctoral students, and he will co-teach a seminar in the fall with Professor Elliot Turiel.

Over his career, Saxe conducted basic research in a variety of settings focusing on the interplay between cultural and developmental processes in mathematical thinking; settings included remote parts of Papua New Guinea, urban and rural areas of northeastern Brazil, and classrooms in the United States. Saxe’s more applied research focuses on the design of improvements in mathematics education for U.S. urban schools.

His recent project, Learning Mathematics through Representations, engaged Saxe and collaborators in the development of a number line-based curriculum on foundational topics in elementary mathematics. The project led to extensive research and numerous publications for both researchers and practitioners. The most recent article, "Mathematics Learning in Language Inclusive Classrooms: Supporting the Achievement of English Learners and Their English Proficient Peers," appears in Educational Researcher, a flagship journal of the American Educational Research Association. Saxe and Joshua Sussman show that the curriculum supports strong learning gains for students who are English language learners as well as their English proficient peers.

In addition to many articles and chapters, Saxe authored several books. Saxe published a monograph on his research with young children and their families, Social Processes in Early Number Development (with S. Guberman and M. Gearhart, SRCD Monographs, 1987). Saxe’s well-cited book, Culture and Cognitive Development: Studies in Mathematical Understanding (1991) was re-issued in 2015. Additionally, his book, Cultural Development of Mathematical Ideas: Papua New Guinea Studies (2012), introduces innovative theory and methods to study culture-cognition relations. The book has won awards from scholarly societies in the cognitive sciences, including American Psychological Association; American Anthropological Association; and Cognitive Development Society. Saxe was also awarded a presidential citation from the American Educational Research Association in 2010 for the theory and research that led to the book.

Saxe has also received recognition from scholarly organizations, including a Fulbright in Brazil at the Universidade Federal de Pernambuco; and residential fellowships at the Center for Advanced Study in the Behavioral Sciences at Stanford University; and the Rockefeller Center in Bellagio, Italy. In 2005, he was elected to the National Academy of Education. Saxe is past President of the Jean Piaget Society, and past Editor-in-Chief for the interdisciplinary journal, Human Development.