Professor Susan Holloway, whose interdisciplinary approach to research explores the conditions that support parents’ childrearing goals and practices, emotional wellbeing, and parenting self-efficacy, has retired after 22 years at the Graduate School of Education.

Much of Holloway’s research has examined the connections between educational institutions and families from non-dominant groups as defined by their position at the intersection of social class, race/ethnicity, immigrant status, and/or sexual preference. She has conducted a substantial amount of work in Japan, and has worked with colleagues from Italy and China.

“I have really loved the many small but powerful moments that occur while I am teaching or doing research. It’s exciting to me when a new idea emerges 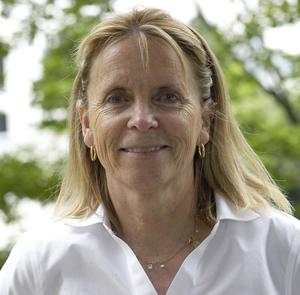 during a discussion with members of my research group,” Holloway said. “Another favorite moment is when I run the first analyses on a new dataset and see patterns starting to emerge.”

She has appreciated her Berkeley GSE colleagues for helping craft a research agenda that puts social justice at the forefront, moving her toward an interdisciplinary orientation rather than being rooted exclusively in developmental and family psychology.

“Whereas I used to focus on the specific ways in which parents prepare their young children to succeed in school, I became more interested in how parents’ ability to do what is best for their children is affected by the proximal conditions of their lives, such as whether they have access to high quality childcare,” she said.

Coming of age in San Francisco during the 1960s and 70s, Holloway witnessed political struggles over the rights of people marginalized due to gender and race and saw first-hand many changes to local social institutions and structures, including family life. She originally envisioned a career as a clinical psychologist but changed direction after discovering a penchant for research. Teaching and conducting research at UC Berkeley has allowed her to explore the problems and promises associated with significant social change.

Holloway earned a BA in Psychology at UCSC; and an EdS and PhD at Stanford University. She was named an NAEd/Spencer fellow in 1988, and has twice been a Fulbright Scholar (Japan, 1994; and Italy, 2015). She has published several books, including Contested Childhood: Diversity and Change in Japanese Preschools (2000, Routledge); and Women and Family in Contemporary Japan (2010, Cambridge University Press). She also co-authored the book Through My Own Eyes: Single Mothers and the Cultures of Poverty (1997, Harvard University Press).

She will continue at the GSE as a Professor of the Graduate School, advising eight doctoral candidates. She plans to continue her research on the experiences of LGB-parent families in Italy and has begun work on a book examining the social and political effects in California of the incarceration of Japanese-Americans during World War II.