Nives Wetzel de Cediel co-directs and lectures in the Berkeley Educators for Equity and Excellence (BE3) program. She directs field supervision for pre-service teacher education candidates and is the elementary pathway lead. In addition to her role in the BE3, Nives is a lecturer in the Principal Leadership Institute (PLI). Her work is centered on arts integration and creativity in educational leadership. Nives supports PLI students to reinvision their perspectives on equity in leadership through engagement with Theater of the Oppressed and the use of metaphor to reflect on and communicate leadership learning experiences.

Paired with and informed by her teaching in the PLI and BE3 programs, Nives coordinates k12 school and Bay Area community partnerships around building learning communities, antiracist pedagogy and practice, parent and family engagement, visual and performing arts for transformation, and focused recruitment, support, and retention of African American teacher education candidates. Nives is a member of an international teacher education advisory group led by the Arctic University of Tromsø, Norway and includes the University of Auckland, New Zealand and UC Berkeley’s Graduate School of Education.

Prior to joining the GSE, Nives worked as a middle and high school teacher and professional development facilitator for 20 years.  She has taught in San Francisco, Berkeley, and Oakland Unified School Districts.

Identity, Race and Racism in the US

Good Teachers Use the N-Word

History of Resistance and Solidarity

Restorative Justice and the Performing Arts

The Adultification of African American Girls and Boys 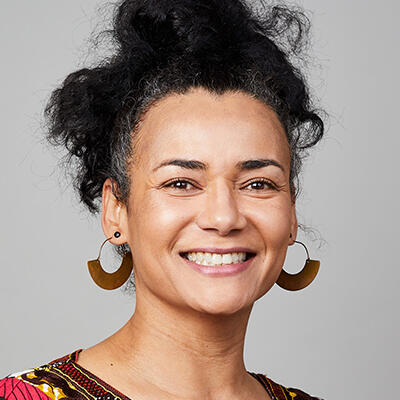