María Rojas is a Chilean PhD candidate at the Graduate School of Education at UC Berkeley. In Chile, she earned her Bachelor’s degree in journalism and worked as a journalist for international affairs at CNN Chile. She became interested in specializing in education after working for two years as a Spanish Language Art teacher in a marginalized high school in Santiago. After that experience, she came to the United States with a Fulbright scholarship to pursue her Masters’ degree in Education Policy at the University of Washington, Seattle.

Currently, María’s research aims to understand how the features of a market-oriented education system (standardize testing; choice; privatization; high-stake accountability; etc.) impact and inform the process by which schools welcome (belong) or reject (othering) the arrival of immigrant students who identify as black in Chile. Specifically, Maria aims to understand and describe the mechanisms developed by teachers and principals to respond to two conflicting demands they have from the Chilean education system. On the one hand, they are expected to build an inclusive and supportive school environment, taking into consideration the growing enrollment of immigrant children in Chilean schools. On the other, they are evaluated almost entirely on standardized test results and other metrics that align with the market-oriented system in place. María will be conducting education policy reform analysis, and will use a critical theory framework to guide her research.

Her interest in this phenomenon is informed by her international experiences as a student in South Africa; Germany; and the United States; and her working experience in New Zealand. María is in the United States with her husband and her two children: Juan Cristobal, age 3, and Micaela Leonor, age 4 months. In addition to completing her PhD, Maria also has the goal of traveling to as many U.S. National Parks as possible. She has visited 22 so far, including four in Alaska. 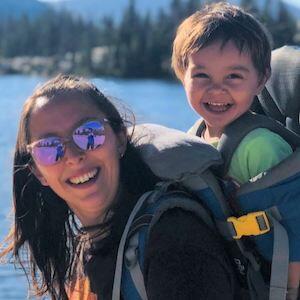