At age 10, Robert Ruddell crawled through the attic of his family’s West Virginia farmhouse to help connect wires that would for the first time give them electricity. It sparked his dreams of being an electrician.

His mother, a school teacher, had other plans. By age 15, Ruddell was the youngest student at Morris Harvey College (now Charleston University in Charleston, W. Va.) on a path toward medical school; at age 17, he was teaching in a one-room schoolhouse in a coal mining town to earn money for college; and by age 26, with PhD in hand, Ruddell was applying at universities across the country for a faculty position as an educational researcher.

Berkeley’s School of Education was delighted to offer him a spot, a place where he would spend his 37-year professional career, including a stint as Acting Dean. Ruddell passed away peacefully at his home in Berkeley on March 14, 2021, leaving behind wife Sandy, daughter Amy, son Rob, and three grandchildren; and an indelible legacy on the field of literacy research.

“When the topic of Language and Literacy in the Graduate School of Education at UC Berkeley comes up, Robert Ruddell is the first name that comes to my mind,” said P. David Pearson, the GSE’s former dean and the Evelyn Lois Corey Emeritus Chair in Instructional Science.

“He has left a great legacy to the study of reading, not only through his scholarship, but also through his many books for teachers, his leadership in the International Reading Association, and – perhaps most of all – his intellectually rigorous and interpersonally generous mentoring of the next generation of doctoral students at Berkeley,” Pearson said.

While Professor Ruddell’s journey to conducting groundbreaking literacy research at Berkeley may have included some early twists and turns, a common thread throughout was reading. Growing up on a farm with livestock, and fields of corn and wheat, he had his share of working during the harvest and slaughter; outdoor play; and fond memories of reading Howard Pyle’s The Merry Adventures of Robin Hood of Great Renown in Nottinghamshire with his father.

An early reader, Ruddell entered first grade at age 5, and over the years his mother not only cultivated his literacy skills, but perhaps more importantly, his interest in reading, by filling the house with a variety of books.

It was through a series of events in his late teens and early 20s that he turned toward education and educational research and never looked back. During his 3rd year of undergraduate pre-med studies, with his parents in poor health, he took a hiatus and earned a living teaching in a coal mining town outside of Charleston, W. Va. He later returned to finish his undergraduate degree at West Virginia University.

“Based on my teaching experiences with low-income – but high potential – children, I had caught the passion so many of us have caught, one that fuels a desire to make a difference with young people who can lead our future. I changed my major from pre-med to education,” Professor Ruddell wrote in an article in the History of Reading News, Spring 2011.

At each step of his studies, he recalled faculty members encouraging him to continue his pursuits, and taking full advantage of every learning opportunity. That included driving guest speakers from the Indianapolis Airport to Indiana University, where he was pursuing his PhD. In his 1957 Volkswagen Beetle, the one-hour drive (or sometimes longer in inclement weather), he relished the opportunity for one-on-one talks with top scholars of the day, calling it “an invaluable bonus.”

His research at Indiana University earned him the Outstanding Dissertation of the Year Award from the International Reading Association, a professional organization with which he would engage for decades to come.

By 1963, he was at UC Berkeley and became a full professor 11 years later.

Professor Ruddell was a prolific writer and editor perhaps most known for How to Teach Reading to Elementary and Middle School Students: Practical Ideas From Highly Effective Teachers (Pearson), as well as Theoretical Models and Processes of Reading, the first six editions of which were published by the International Reading Association (IRA, now ILA). It is now in its seventh edition as Theoretical Models and Processes of Literacy (Routledge).

He advised both EdD and PhD students, including MaryEllen Vogt, a past president of IRA.

“To be Bob’s advisee was the best of all worlds as a graduate student,” Vogt said in an interview with Literacy Today. “He seemed to know everyone in the reading world and pushed me to know them all, too. … His jovial approach to life, his friendship, and his unwavering belief that all kids can learn to read have molded me into the reading teacher I am today.”

“Bob was a giant in the reading field, and through that work he will always be remembered and respected,” said GSE Professor Glynda Hull, who also holds the Elizabeth H. and Eugene A. Shurtleff Chair in Undergraduate Education.

“I also remember him as a kind and genial mentor and colleague. He went out of his way to make me feel part of the community. Bob had a keen sense of humor, and he looked with bemusement on academic squabbles, which made him a great mediator in department meetings and a great academic role model in general.”

GSE Professor Emerita Sarah W. Freedman recalled Ruddell being on her hiring committee, and his unwavering support, even when they held opposing views. “I always felt grateful to him for his savvy leadership that kept our faculty at the forefront of language and literacy studies for many years,” she said.

Professor Emeritus Paul Ammon credits Ruddell’s years as acting dean for helping to revive the GSE in the face of campus administrators who questioned its future.

“Bob was very effective in leading the School through those troubled times by making sure that decisions were made in the most open and inclusive manner possible,” Ammon said.

“I can’t help thinking that Bob’s leadership was a factor in the eventual decision to give the School a new lease on life, and the opportunity to become known as the Graduate School of Education.”

Of all the wide array of research initiatives that Ruddell was responsible for over his career, he was proudest of and will be remembered most for this groundbreaking work on the characteristics of reading teachers that distinguish those who are regarded by their former students as influential compared to those who are not. Among the most important distinguishing characteristics are their deep knowledge of oral and written language, their focus on meaning making and motivation, and their generous use of monitoring and feedback tools. (Ruddell, 1995).

Editor’s Note. The resources for this article include:

“My Life in Literacy,” by Robert Ruddell, in the History of Reading News, a publication of the Special Interest Group of the International Reading Association 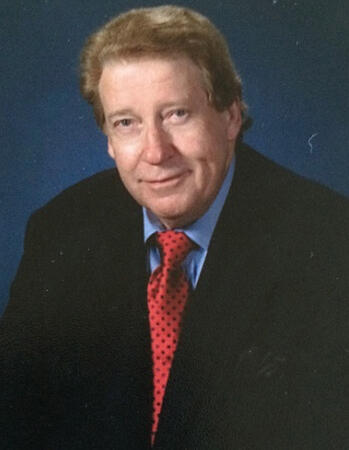 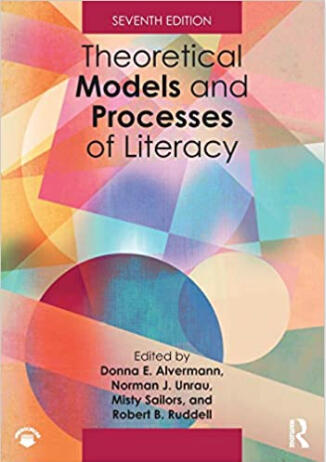 A Personal Remembrance of Bob Ruddell
By Paul Ammon

When I joined the School of Education faculty, in 1966—fresh out of a graduate program in human development, and with zero professional experience in education--one of the first people to welcome me was Bob Ruddell, who was already making a name for himself as an expert on research and practice in the area of reading.

As Bob and I got to know each other, I learned that his path into the field of education was quite different from my own, as he had started out teaching in the same one-room school that he had attended when he was growing up in West Virginia.

I began to realize that I couldn’t just teach students in education what I had learned in graduate school—that if I wanted to make a positive contribution in education, I would have to work with, and learn from, educators who had the kind of experience that I lacked. Bob pointed me in that direction, not by telling me what to do, but simply by being who he was.

Years later—around 1980, I think—I learned something about leadership from Bob, in the same way. He was, for a while, the Acting Dean of the School of Education, at a time when the campus administration was deliberating over the question of whether the School would have a future at Berkeley, and if so, what it would look like.

Bob was very effective in leading the School through those troubled times by making sure that decisions were made in the most open and inclusive manner possible.

I can’t help thinking that Bob’s leadership was a factor in the eventual decision to give the School a new lease on life, and the opportunity to become known as the Graduate School of Education—a place where educational research and practice were more closely integrated than had generally been the case before.

And I know that Bob’s approach to leadership also provided a model for me as I assumed responsibility for directing the Developmental Teacher Education Program, as well as a funded project called the Arts Education Initiative—both enterprises where I depended a lot on the expertise of many others.

I’m sure I am just one of many, many educators who learned important lessons from Bob just being who he was, but I’m very glad to be counted as one of them.